I can’t believe it’s Friday again. This week has been shorter for me but physically felt long af. I like things but sometimes tend to forget my introverted and empath ways. Bushfire was all the things but I was drained shem. Officially bounced back today though. Let’s do drinks!! 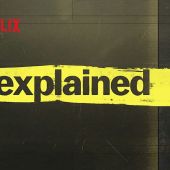 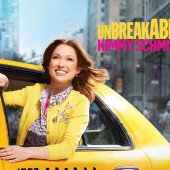 Been on that Netflix this week.. big surprise. Apart from re-watching all of Chewing Gum with my cousins on Monday (there’s something so fun about watching people experience a show you love for the first time), I got hooked onto Netflix’s new docuseries Explained. It’s no more than 20 so minutes long and freely goes into various topics of this world like; monogamy – it’s history and it’s relevance today, making designer babies through DNA manipulation and the effects that slavery still has on black folk in America. It’s very well produced and gets to the point with sharp visuals and interviews. They really should make a podcast version of the show, it could be equally enjoyed in just audio. Unbreakable Kimmy Schimdt is BACK! The fallible gang in NYC has returned and they are trying they’re luck at adulting for another season. I’m only one episode in, but it’s a fave. Tina Fey can do no wrong in my eyes. Those characters!! Oh and Netflix is releasing the episodes in batches so don’t stress about the missing eps.

Besides TV – Coconut Kelz is telling it like she sees it (obvs in her car) in a new video. She’s coming for Euse-bias, trying to get in with the DA and questioning Siya Kolisi’s captaining. Riot as always! I can’t! Remember when I told you I was jamming to Mx Blouse‘s song Is’phukphuku on repeat (still am tbh), well the visuals are out and it’s a fave! Lewks on lewks! Dope choreo. The whole vibe nje is a mood. Hashtag Queer Domination! 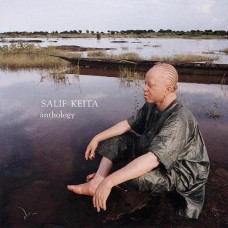 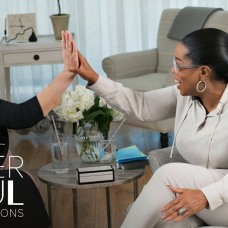 Th music festival gave me all the musical life so I didn’t really listen to much this week. Listening to Salif Keita‘s Anthology album as I type this post. So good! So necessary. When I’m done with this post I need to hunt down the line up from Bushfire and follow all those artists. Some really great finds I could defs be into..

Obvs I had to get my life with Oprah’s Super Soul Conversations podcast, as I do every week. Her sit down with Amy Schumer was hella deep and made me like the funny girl a whole lot more. She is so candid! She gets to say “bitch” in front of Oprah. Imagine. It kind of inspired me to do a separate post on what they talk about. We’ll see… 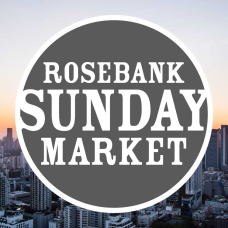 So I’m not sure what this weekend holds for me (on account of being drained) but there are a few goodies going on in Jozi. Party wise, KCB (Kitcheners) has an insane lineup of my absolute faves at their Bitch Slap party tomorrow. I may be tempted because I’ve never with this line-up of Lelowhatsgood, Maria McCloy, Little Miss Kay and Your Uncle Gary. Hashtag Femme Power! La Santa Muerte in Melville is having their 90s party called Spice Up Your Life! This spot has become a fave, and the vibe is always good. They better play Spice Girls! If you go, send me a video if they do play my gals.

There is a Botanical Art Worldwide Exhibition at Everard Read Gallery in Rosebank all weekend. So if you like plants and plants like you back (in no order), then check this one out. Rosebank has their Sunday Market and every first Sunday of the month the Locrate Market is in Soweto around Lebo’s Backpackers. Hopefully the weather allows. I’m keen on a new market vibe with hopefully some different food trucks. They always tend to be the same. Don’t forget it’s First Thursdays next week. Braam has Kalashnikovv Gallery, Once backpackers, Anotomy for She Said So and 99 Juta. Rosebank has the one stop shop of Keyes Art Mile and surrounding galleries in the area.

Encounters Documentary Film Festival is back this year at The Bioscope Cinema and at the Rosebank Nouveau. It runs until the 10th. This could be a great mellow solo Friday sitch actually. Check out the schedule here.

OK that’s it gang. Links are added for times, venues and the videos I’ve mentioned. Go wild. It’s June after all!