I’m back in full swing! Fully re-integrated into society and loving it. I somehow managed to survive a full 5 day working week. How did we do it gang? The public holiday fiesta is sadly over. Sigh. Looking forward to a nice mellow weekend though.

We all know it’s Mothers Day on Sunday and this used to be a particularly hard day for me. Since seeing the medium it’s gotten a whole lot better knowing my mom is good where she’s at and showering me with blessings. You lot must have a good one with your beautiful mamas, they truly are everything! ❤

Ok let’s do what we came here for! 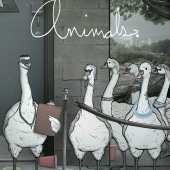 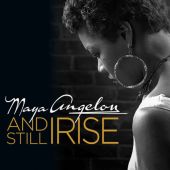 Now that I’m back to being a social beast again I’ve barely watched much. I’ve been between Netflix and Showmax. I checked out Maya Angelou’s amazing doccie ‘Still I Rise‘. She’s featured in the film and shares her life from growing up in the racist American South to becoming an esteemed writer and poet who also sings, dances, acts and directs! She’s been lit. Like last week I stumbled upon another crazy animation that’s on Showmax called Animals. It’s an HBO show so you know it’s a strangely dark and hilarious mess. If you like talking animals who sort of act like people; like incestuous gay cats, clubbing sex crazed rats and steroid pumping pigeons… Ya gotta watch this show! I’m obviously hooked.

I’ve mostly been listening to podcasts this week. Oprah’s Super Soul Conversations have been my daily bread. I guess I’m craving inspiration and a sense of greater thinking. You can blame the Burn. It’s been great hearing about other people’s struggles, triumphs and philosophies on life. RuPaul’s What’s The Tee is a constant. They have the best guests from Emma “Baby Spice” Bunton to the outrageous Tituss Burgess from Unbreakable Kimmy Schmidt. If anyone has a stash of great local content on podcasts please let me know. I only ever see radio show recordings. Doesn’t seem like a thing here yet. Music wise nothing much really. Just jamming to Christina Aguilera‘s new singles and patiently waiting for her first album release in 6 years coming in June. Finally! That last abum was a forgettable mess. 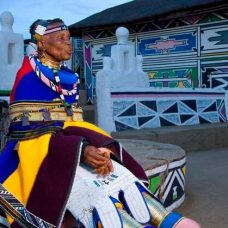 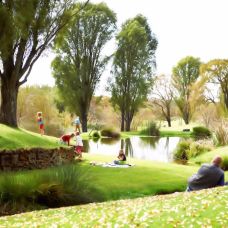 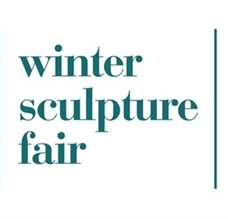 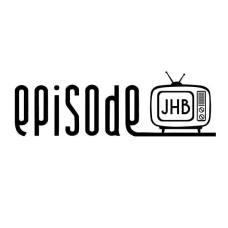 Been craving this weekend after an entire 5 day week! What’s the word Jo-hannes-burg?! I have a medium to busy af weekend. Today has has two things on my radar. After work drinks for sure, and the fact that Batuk are launching their new album Kasi Royalty tonight at The Tennis Club! Discovered this crazy and fun group, which includes Spoek Mathambo, at Bushfire one year and loved their whole flavour. So will defs pop in for a razzle there.

Saturday will probably have the regular brunching and crunching in catch ups and sunsets. Episode JHB has their last rooftop party (Episode Five) before full blown winter hits from 4pm at Negritude African Emporium. DJs, city views, good times for sundowners me thinks.The Nirox Winter Sculpture Fair is now labelled as the American Express Winter Fair. Seems to be getting bigger each year for them to land this sponsorship. This year sees Dr Esther Mahlangu (that’s right! Dr!) collaborating on some art works and international artist Yoko Ono who I think has works she’s been travelling with. Are they collaborating? The fair is on Saturday and Sunday at Nirox, I’m going Sunday. I don’t think there will be tickets at the door, so come correct if you’re into this vibe.

Sunday will have a ton of Mother’s Day things. I saw that Bioscope is having a whole day of movie screenings of some faves including Mermaids with Cher, Winona and Christina Ricci. Check their FB for times. It’s just Nirox for me, so let me know if anything else is happening in the city.

Events have links to the FB events for times and venue info. Be sure to comment below so we all know what’s good. Take it easy. Keep it breezy!